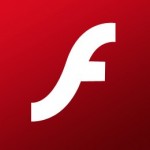 We’ve already known that Adobe would be bringing Flash Player 10.1 to Windows Phone 7, but the company has just now made that fully official at its currently-happening MAX conference (alongside its Air 2.5 announcement), and it’s also confirmed exactly which other mobile platforms the plug-in will be headed to. That includes WebOS 2.0, which we’ve already seen first hand, along with BlackBerry OS, Symbian, MeeGo and, last but not least, the LiMo platform — those will all of course join Android 2.2, which already supports the plug-in. Unfortunately, there’s still no timeline for a release on each platform, with Adobe only saying that that Flash 10.1 is “expected” to hit each mobile OS. Head on past the break for the relevant snippet from Adobe’s press release.