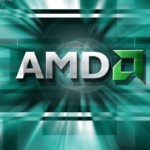 Rather than waiting for the ARM-based threat from the likes of Nvidia to invade its PC market share, AMD has plans to expand towards mobile devices in the form of Windows 8 tablets.

That’s the message from new CEO Rory Read who was speaking to analysts in the States this week. “We have a huge opportunity in front of us,” Read said. “How the world is using processors is changing rapidly. This is about stepping out of the shadows and leading.”

The huge shadow that AMD stands in is, of course, Intel’s – which has already embraced the tablet revolution and recently went public with its move into the smartphone arena with its Medfield chips.

AMD doesn’t want to be left behind though and, while there are no declared smartphone plans yet, a mobile move is coming by the way of the Hondo low-power chip designed for tablets. Featuring a 40-nanometer manufacturing process, Hondo will combine processing and graphics in a single chip that AMD is calling an accelerated processing unit, or APU.

Lisa Su, head of global products at AMD, said Windows 8 tablets packing the chip would appear later this year. And, in 2013, we’ll see Hondo’s successor in the way of Temash featuring the new Jaguar processing core.

Read is aware that the company is entering a competitive arena. “We’re entering an inflection point in the market,” he said. “We’ve got to see the opportunity in the market and execute on it. We have to build trust, change the architecture, and capture where the puck is going.”