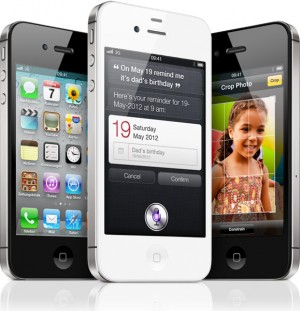 The new iPhone 4S will look a lot like the iPhone 4, that’s because it has the same exterior as the device. Despite that, the internals of the new device have been updated of the previous version of the phone.

The new device will have an A5 CPU, dual core graphics that boast up to 7x the performance, an 8MP camera and 1080P video recording capabilities as well. The update is a general warming over of the iPhone 4 to keep it competitive with the fleet of new Android and Windows Phone devices that will be released before the holiday season. The device will also combine GSM and CDMA into one chip which will reduce the two iPhone 4 models into one device. There iPhone 4S will also support HSDPA which will allow for 14.4 Mbps downloads which is faster than the current 3G speeds on the iPhone 4. The device will also have “eight hours of 3G talk time. Six hours of browsing, nine on WiFi. 10 hours of video, and 40 hours of music” according to Engadget.

In general, the iPhone 4S is a modest update to the iPhone 4 but does not offer any new features such as NFC, LTE.

Full press release after the break.

CUPERTINO, California-October 4, 2011-Apple® today announced iPhone® 4S, the most amazing iPhone yet, packed with incredible new features including Apple’s dual-core A5 chip for blazing fast performance and stunning graphics; an all new camera with advanced optics; full 1080p HD resolution video recording; and Siri™, an intelligent assistant that helps you get things done just by asking. With the launch of iPhone 4S also comes the launch of iOS 5, the world’s most advanced mobile operating system with over 200 new features; and iCloud®, a breakthrough set of free cloud services that work with your iPhone, iPad®, iPod touch®, Mac® or PC to automatically and wirelessly store your content in iCloud and push it to all your devices.

“iPhone 4S plus iOS 5 plus iCloud is a breakthrough combination that makes the iPhone 4S the best iPhone ever,” said Philip Schiller, Apple’s senior vice president of Worldwide Product Marketing. “While our competitors try to imitate iPhone with a checklist of features, only iPhone can deliver these breakthrough innovations that work seamlessly together.”

iPhone 4S comes with iOS 5, the world’s most advanced mobile operating system, which includes over 200 new features including Notification Center, an innovative way to easily view and manage notifications in one place without interruption and iMessage™, a new messaging service that lets you easily send text messages, photos and videos between all iOS 5 users. iOS 5 will also be available as a free software update for iPhone 4 and iPhone 3GS customers allowing them to experience these amazing new features.*

iPhone 4S also introduces Siri, an intelligent assistant that helps you get things done just by asking. Siri understands context allowing you to speak naturally when you ask it questions, for example, if you ask “Will I need an umbrella this weekend?” it understands you are looking for a weather forecast. Siri is also smart about using the personal information you allow it to access, for example, if you tell Siri “Remind me to call Mom when I get home” it can find “Mom” in your address book, or ask Siri “What’s the traffic like around here?” and it can figure out where “here” is based on your current location. Siri helps you make calls, send text messages or email, schedule meetings and reminders, make notes, search the Internet, find local businesses, get directions and more. You can also get answers, find facts and even perform complex calculations just by asking.

iCloud is a breakthrough set of free cloud services, including iTunes® in the Cloud, Photo Stream and Documents in the Cloud, that work seamlessly with your iPhone, iPad, iPod touch, Mac or PC to automatically and wirelessly store your content in iCloud and push it to all your devices. When content changes on one device, all your other devices are updated automatically and wirelessly.

iPhone 4S includes an all new camera with the most advanced optics of any phone. The 8 megapixel sensor has 60 percent more pixels so you can take amazing high quality photos with more detail than ever. iPhone 4S includes a new custom lens, a larger f/2.4 aperture and an advanced hybrid IR filter that produce sharper, brighter and more accurate images. The Apple-designed image signal processor in the A5 dual-core chip is built for performance, and coupled with the features built into iOS 5, makes the camera one of the fastest on any phone. With iPhone 4S, the Camera app launches much faster and the shot to shot capability is twice as fast, so you’ll never miss another shot.

New features in the Camera and Photos apps give you instant access to the camera right from the lock screen, and you can also use the volume-up button to quickly snap a photo. Optional grid lines help line up your shot and a simple tap locks focus and exposure on one subject; and the new Photos app lets you crop, rotate, enhance and remove red-eye, and organize your photos into albums right on your device to share them on the go. New iOS 5 features include built-in Twitter integration and iMessage, so you can instantly share your photos via Twitter directly from the Photos app and send photos via iMessage to individuals or groups. And with iCloud’s innovative new Photo Stream service, a photo you take on your iPhone is sent to iCloud and automatically pushed to your iPad, iPod touch, Mac or PC. You can even view your Photo Stream album on your Apple TV®.

iPhone 4S can also now record video in full 1080p HD resolution and with the new video image stabilization feature, you can take richer, smoother videos. Other iPhone 4S video camera improvements include increased sensitivity, sharpness and an increased ability to capture video in low light conditions. With the new iMessage service in iOS 5, you can now instantly share videos with family and friends.

iPhone 4S has the same beautifully thin glass and stainless steel design that millions of customers around the world love, while being completely redesigned on the inside. Apple’s dual-core A5 chip delivers up to twice the processing power and up to seven times faster graphics than iPhone 4, all while maintaining incredible battery life-now up to 8 hours of 3G talk time.

Improving on the innovative stainless steel external, dual-antenna design of iPhone 4, iPhone 4S is the first phone to intelligently switch between two antennas to send and receive. iPhone 4S now supports twice the download speed with HSDPA of up to 14.4 Mbps and iPhone 4S is a world phone, so both CDMA and GSM customers can now roam internationally on GSM networks.**

*Some features may not be available on all products.