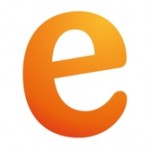 Gadget retailer Ebuyer has launched a Cyber Monday-style sale – the somewhat daft name US retailers give to the gadget-hungry follow-up to Black Friday – offering limited stock of popular products for just £1 each – but sadly neglected to shore up its server farm accordingly.

Announced over the weekend, Ebuyer’s offer sees selected products from its range of PCs, laptops, cameras, components and games reduced to just £1. As you might expect, the deal has proven popular – so popular, in fact, that Ebuyer’s website is out for the count.

Ahead of the offer’s official opening at 11:00 today, the site is unresponsive to external traffic as it encounters a self-imposed Distributed Denial of Service attack in the form of thousands of bargain-hungry consumers hitting the refresh button over and over again.

Thus far, Ebuyer has been unavailable to comment on the outage – likely as its staff race around trying to find extra server capacity from somewhere – but if it doesn’t get things sorted sharpish, it will be left with a horde of disappointed punters to appease.

Ebuyer’s poor showing comes in marked contrast to that of Amazon, which managed to run its entire series of Black Friday ‘Lightning Deals’ last week without a single outage.