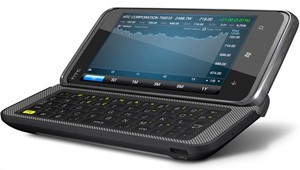 Sprint will apparently be offering preorders of its HTC 7 Pro — the only CDMA Windows Phone 7 device to be announced so far — in just a few days’ time on November 8th, but there’s a fairly big catch: you’ve got to be a Microsoft employee to get in on the action. Redmond has been great about seeding WP7 models to its staff so far, so it’s definitely possible that Sprint is working with Microsoft in some capacity to get 7 Pros to its folks a little early in an effort to smooth out last-minute bugs and get feedback… either that, or it’s just doing them a solid by letting ’em preorder a few days before everyone else. Last we’d heard, the 7 Pro won’t be coming until 2011 (despite the fact that there’s already an FCC certification ready to roll), so if we were to see a few of the things floating around campus before January, we certainly wouldn’t be surprised. Pricing is yet to be announced.