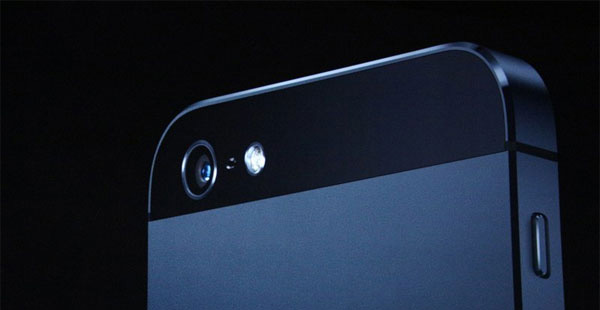 “Apple may be notoriously secretive and tight lipped, but the company appears to be getting worse and worse at actually keeping things under wraps. The iPhone 5 appears to be the most leaked handset in existence. Thankfully, the suspense is over, the next-gen iPhone is finally here and it does, in fact, go by the numerical title of 5. Just like the parts that have been circulating this is a glass and aluminum two-tone affair and, at 7.6mm it’s a full 18 percent thinner than the 4S (though, contrary to what Tim Cook said on stage, one slide has the iPhone 5 at 8mm even). It’s even a full 20 percent lighter at 112 grams. It’s all those amazing things and it packs a larger 4-inch in-cell display. The new version of Apple’s Retina panel is 1136 x 640, which clocks in at a more than respectable 326ppi. It also sports better color saturation with full sRGB rendering. That new longer screen allows for an extra set of icons to be displayed on the home screen, and first party apps have already been tweaked to take advantage of the additional real estate. The iWork suite, Garage Band and iMovie have all been updated. Older apps will still work too, though they’ll be displayed in a letterbox format until an update is issued. The tweaked ratio puts the iPhone 5 display closer to 16:9, but it’s not quite there…”

Check out Engadget’s liveblog of Apple’s event to get the latest news as it happens!