Home  »  News • Press Releases   »   LG’s E90 monitor slims down to 7.3mm thickness by stuffing everything into its excessively glossy base 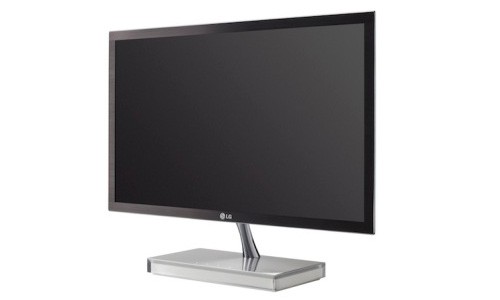 LG’s just announced a new desktop visualizer for us all and it looks a promising proposition with its stupendously thin 7.3mm profile and minimal bezels surrounding the screen. But wait, it can’t be all good news and it’s not, as LG’s also decided to apply an ultra-glossy finish to the E90, which should easily neutralize any understated appeal it might otherwise have had. As usual with these ultraslim displays, most of the electronics are encased in the E90’s base, though the specs themselves don’t seem to be showing any sacrifices. You’re looking at an LED-backlit panel with a 2-millisecond response time, a 1920 x 1080 resolution (on the 21.5-inch E2290V), 250 nits of brightness, analog, digital and HDMI inputs, a 10,000,000:1 dynamic contrast ratio, and a €329 ($435) MSRP. It should be available at some point later this month, see video of its appearance at IFA this year after the break.

With more and more consumers watching movies and videos on their desktop PCs, the quality of the monitor is more important than ever before. The E90 is easily the best choice for watching action movies or sporting matches because with a response time of just 2 milliseconds, the monitor’s display remains clear and bright even during fast-moving action sequences. And LG’s Image Booster software, blurry streaming content from video sites such as YouTube are significantly enhanced so they look terrific on the E90’s vivid display.

“The E90 is the result of advanced technology and beautiful design coming together in perfect alignment,” said Si-hwan Park, Vice President of LG’s monitor division. “With its revolutionary features in terms of design and picture quality, the E90 is the leading example of the company’s “SUPER LED” monitor line that is setting new benchmarks for style and performance.”

In keeping with its ultra slim design, the LG E90 places the power supply and the socket connecting the monitor with the PC on the back of the stand, an innovation called EZ-cabling. In addition to the reduced footprint offered by its light weight and slim size, the E90 manages to reduce both energy consumption – as much as 40 percent less than conventional CCFL-backlit LCD monitors – and use of hazardous materials such as halogen and mercury in its manufacturing.

LG’s newest monitor will be on display at the 2011 CES Innovations Awards, where it will be recognized as an “Honoree” product in the computer peripherals category.

The E90 will be available starting this month in select markets.