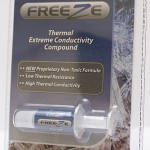 We’re constantly gearing towards higher clock speeds and more cores nowadays with our CPUs. With that, we must keep up with cooling as overheating is disastrous for such critical components. Thanks to thermal paste, we have a good interface to transfer heat away from processors. Today, we will be looking at OCZ Freeze Thermal compound.

Entering the memory market in August 2000, OCZ Technology was built around the determination to manufacture the best high speed DDR and RDRAM. OCZ was founded by enthusiasts, for enthusiasts, and our commitment to the end-user has not digressed. OCZ Technology has been an innovator in many areas. We were the first manufacturer to make Dual Channel optimized memory available to the public, which originally took advantage of nVidia’s Twinbank or Dual DDR architecture, found in their nForce chipset. We have now taken that technology and tailored it for the Canterwood, and Granite Bay chipset’s. OCZ developed and was the first to implement ULN technology, which has been a critical element in our manufacturing process for some time. We at OCZ diligently work to improve communication with CPU and motherboard chipset manufacturers prior to the release of their products. Only in this manner can we fine-tune our memory’s SPD settings, ensuring a synergistic relationship between the memory module, memory controller, and microprocessor. In today’s rapidly evolving semiconductor industry, such communication is not simply research, but a necessary component of our manufacturing process.

OCZ Freeze comes in a 3g syringe which is becoming a popular packaging for thermal paste due to ease of use. The syringe allows you to apply the paste more uniformly as opposed to the tubing which is harder to apply smoothly.

The Freeze is non-conductive, non-toxic and environmentally friendly. Another of this product’s features is easy application. The viscosity of the Freeze is lower than that of the Arctic Silver 5 which allows for much easy application and better, consistent spread.

The results are pretty impressive. As you can see the Freeze is just about the winner against the popular Arctic Silver 5. This is quite a feat considering that the Freeze is completely non-metallic.

OCZ have delivered as promised and have arguably triumphed over Artic Silver 5. The OCZ Freeze is a great step up from Arctic Silver 5 not only in terms of cooling ability, but also in terms of applying and clean up. Freeze also gives you the peace of mind of not being metallic based. You can grab some of the stuff for around $5 for a 3g syringe, which should give you plenty of applications. 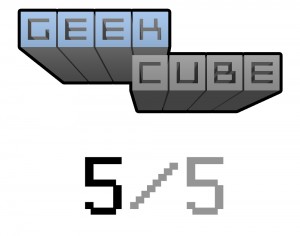