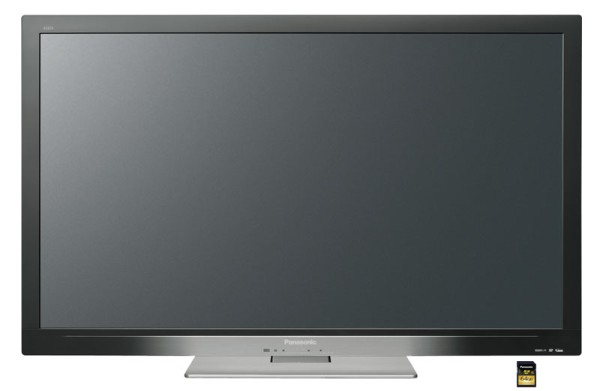 Panasonic’s plasma sets get most of the attention, and perhaps rightfully so, but it’s actually the company’s new LCD lineup for Japan that can help you make use of your woefully neglected SDXC cards. In addition to compiling terrestrial HDTV footage on a standard external hard drive, the Panasonic Viera G3 and X3 can record to a new SD card slot as well, archiving up to five hours of 1080p footage on a ‘standard’ 64GB SDXC card. We put ‘standard’ in quotes because while that’s presently the typical capacity for that particular designation of flash, it’ll still cost you upwards of $200 to get in on the ground floor, and that’s a pittance compared to what Panasonic’s charging for its own. Who said magnetic storage was dead? If Tokyo’s where you hang your hat, expect both the G3 and X3 series to hit stores near you in February of next year.