Home  »  Guest Articles   »   Three Old-School RPGs You Should Check Out 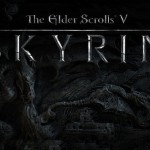 The impending arrival of the latest chapter in the epic RPG series Elder Scrolls, Skyrim has got the whole RPG fan community all excited. The game is purportedly going to be amazingly large and feature a very robust quest system and have eye-popping graphics quality to boot.

Although the bells and whistles of the current generation RPGs are pushing graphics and processing power to the limit, something still has to be said about the old-school RPGs that came out ten to twenty years ago. These RPGs may pale in comparison to RPGs like Skyrim in terms of graphics, but they can stand toe-to-toe with these games not just in gameplay but also in the story, which is an often overlooked aspect when making RPGs nowadays.

Here are some of the best old-school RPGs released. You owe it to yourself to check these games out and play them.

This little known gem from Squaresoft got a lot of mention a few years ago because Final Fantasy XII and the highly regarded Final Fantasy Tactics were set in the same world – Ivalice. It’s one of those extremely rare times Squaresoft allowed two RPG series to intertwine even if it’s just a location. Vagrant Story carried the distinction quite well because it is one of the best, most entertaining RPGs ever released. It may not have been a huge seller (it actually posted very weak sales figures) but it was one of the most engaging RPGs of its time. It’s unique battle system and fully customizable weapons is so addictive people still play it to this day or pine for the day when Square will come to its senses and make a Vagrant Story sequel.

Square’s Chrono Trigger was a huge hit when it was released. And why wouldn’t it? It already had a huge pedigree, being created by Final Fantasy’s Hironobu Sakaguchi and Dragon Quest’s Yuji Horii Horii – acknowledged royalty in the Japanese RPG world. Chrono Trigger dealt with time travel and did it with class and intelligence. It also had a ton of different endings depending on how you played the game.

The Suikoden series is a well loved RPG for people who love completing collections. One of the most venerable chapters in Suikoden is Suikoden II, which appeared on the Playstation 2. Just like the other Suikoden titles, Suikoden II boasts of literally a hundred playable characters. Part of the challenge is to find all of these playable characters. You can imagine the countless number of combinations you can make for you party with such a high number of characters. The story of Suikoden II is no slouch either as it dealt with politics and intrigue.

Mel is a geek of many colors, being a comicbook and action figure collector, film enthusiast and music snob. He frequents Forever Geek Forum, where he’s known to speak his mind out about a lot of geek topics.[/info_box]