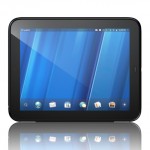 The HP Touchpad was doomed to fail from the start. They were overpriced and under-supported. Since they were not making any profits from sales, HP decided to drop support completely for the device and sell them at largely discounted rate. This made TouchPads available at Best Buy for an alarming $99. People flocked to the stores to buy Touchpads because you could save a large amount of cash, and still have a pretty nice tablet to use. Interestingly enough, HP was even initially thought to drop support for all applications that would be built on their platform. People still bought the Touchpads knowing this. This was because of the common consensus that hackers would be able to implement the Android platform on the HP Touchpad – meaning that you would essentially get an Android tablet, for $99. The hackers were able to do this, and on top of that HP hasn’t dropped support for applications or decided to disband WebOS (operating system) that HP Touchpad works with. Could the HP Touchpad really take off? Click more to read the full article.

The HP Touchpad will be returning for another round of sales after selling out Twice. This particular round of selling is going to offer the 32-gig going on sale for $149. However this price is lumped together with the purchase of an HP notebook or desktop PC. Without the bundle purchase, the Touchpad’s price will dramatically jump to $599. This is certainly a dramatic increase. It isn’t entirely clear why HP is choosing to have this deal offered as a bundle but it will certainly make them a more viable competitor for the holiday season. If you do not wish to buy the Touchpad along with a computer you can try to find the Touchpad for a cheaper price on Amazon or eBay. With that in mind rumours of disbanding support is giving a lot of uncertainty on whether or not someone should buy a Touchpad.

The average price for a tablet that is 16GB, is around $500. This gives you the device, an operating system, and a platform for applications. The touchpad which can be bought cheaper than $500, has had a number of rumours talking about how the operating system, and the application support will be dropped. Accordingly to HP’s website, this is not the case. When explaining their applications they say, “Apps like nothing else. Thousands now, bazillions on the way.” Although it seems a little bit comical, it doesn’t seem like they will be dropping support any time soon. WebOS has repeatedly been reported to be subjected to termination, but it hasn’t happened yet, and HP has even denied these rumours publicly.

It appears as though HP inadvertently made a popular touchpad by failing to produce a product that consumers would buy for top dollar. Now that people have gotten a hold of the Touchpad for $99, they see that the device is actually a good tool. The device sold out twice, and will likely see more sales with the next release – even with the required bundle package. People have given the product wonderful reviews, and have called it a “steal” among other things, to be purchased for as low as $99. Consumers have even said the operating system is comparable to that of Apple’s iPad. By making initial errors, and then opening up the door for a great tablet to be sold at a smaller price they have entered into the market as a player – not necessarily a “big player” just yet, but definitely a player. They now have thousands of TouchPad users who will be wanting applications, and who will be using and familiarizing themselves with the HP Touchpad. This could pave the way for the HP Touchpad 2, or even leave HP more focused on gaining revenue from their application market. The next couple of months will say a lot for the where the TouchPad is heading.

HP made a number of mistakes initially with their Touchpad. Whether it was in marketing, distribution, or product design, their tablets where simply not selling. By selling their tablets at a largely discounted rate they have opened up opportunities for themselves to provide service and application support to a large number of Touchpad users. Another set of Touchpads will be on sale at a discounted rate, but only if you are to purchase the Touchpad with a PC. It is a very bold strategy for HP to take a stance on. One thing is for sure. The Touchpad has users that want applications, and want support. It is uncertain to say whether or not HP will ever make a profit of selling Touchpads, but they may find those profits somewhere else.