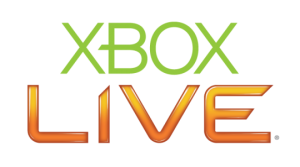 The traditional means of obtaining video in the house has been changing day by day, and Microsoft has been at the forefront of the change with Xbox Live. Sony placed a bet on the physical Blu-ray format in their PS3, but Microsoft has always been about digital distribution, as evidenced by the fact that they have completely ignored the Blu-ray format and barely supported HD DVD with just an add-on peripheral.

According to the New York Times, Microsoft now boasts over 25 million Xbox Live subscribers, two million more subscribers than cable giant Comcast. Although not all of these users utilize the service for video, the numbers are growing quickly since all of the extras are included in the yearly subscription fee. The Xbox 360 allows easy streaming throughout your household, Xbox Live was the first console service to have Netflix streaming, and Microsoft has a store that can be used to purchase movies, television shows, music, and the like. In addition, ESPN3 will be able to be streamed through the service for no extra charge once the Fall dashboard update is released later this week, and Hulu service will be provided soon as well.

The question will be whether ISPs will start to fight back against these services. Comcast has lost over 275,000 customers over the past three months, and some of that has to be attributed to automatic streaming services like those that the Xbox 360 offers. Will we start to see metered subscriptions where your ISP charges per gigabyte?

Microsoft has always believed that digital distribution is the future of home entertainment, and they seem to have predicted the market correctly as the world begins shifting away from physical media. Streaming has issues that physical media does not, but the shift has already begun – and the Xbox 360 is poised to be at the center of the revolution.